Another Concept Tank has recently been installed for the storage of 10 Megalitres of potable water in the Pilbara. The tank is fitted with a floating cover that seals the tank, rising and falling with the water level. The application of the floating cover also allows us to maintain the long term design life that Concept Tanks are known for. 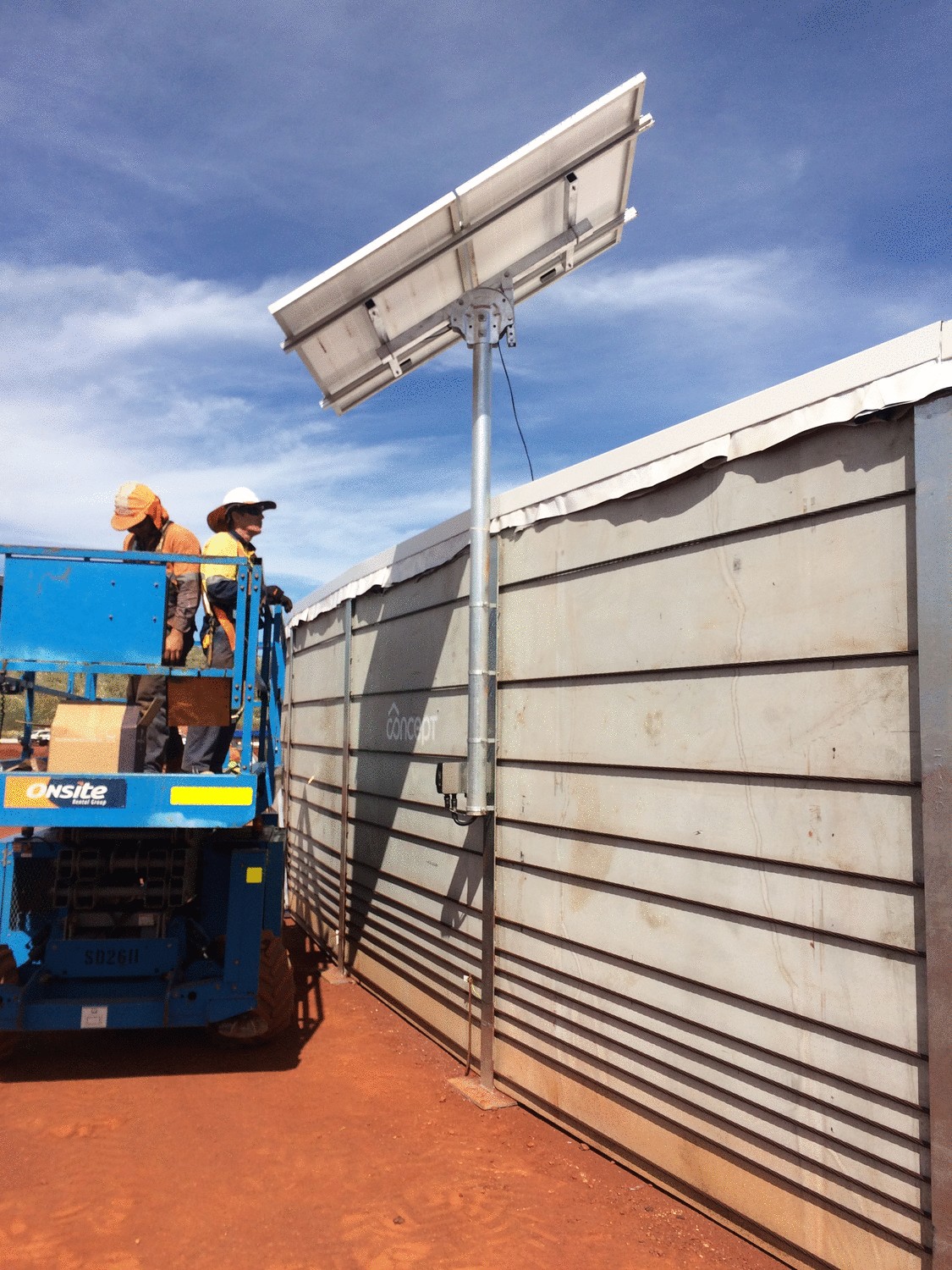 This tank was installed on an earthen pad achieving significant cost reductions when being compared to traditional potable water storage solutions. Furthermore, this Concept Tank was installed in just 21 days, which is a big advantage particularly when working in remote locations.

This 10 Megalitre Concept Tank was fitted with inlet and outlet pipework with flow rates of up to 280 litres per second. The floating cover had to be specifically designed to work in conjunction with the pipework as to avoid damage. Diffusers on the inlets and vortex breakers on the outlets allowed for the floating cover to operate seamlessly with the Concept Tank system.

Submersible pumps were attached to the top surface of the cover to remove any captured rainwater. These pumps were powered by solar panels fixed to the tank wall.

This was an exciting project for Concept as we were able to expand our capabilities and showcase some of the real benefits of the Concept Tank. By adjusting some particular components of the tank to suit this application, we were able produce a great result for our client. 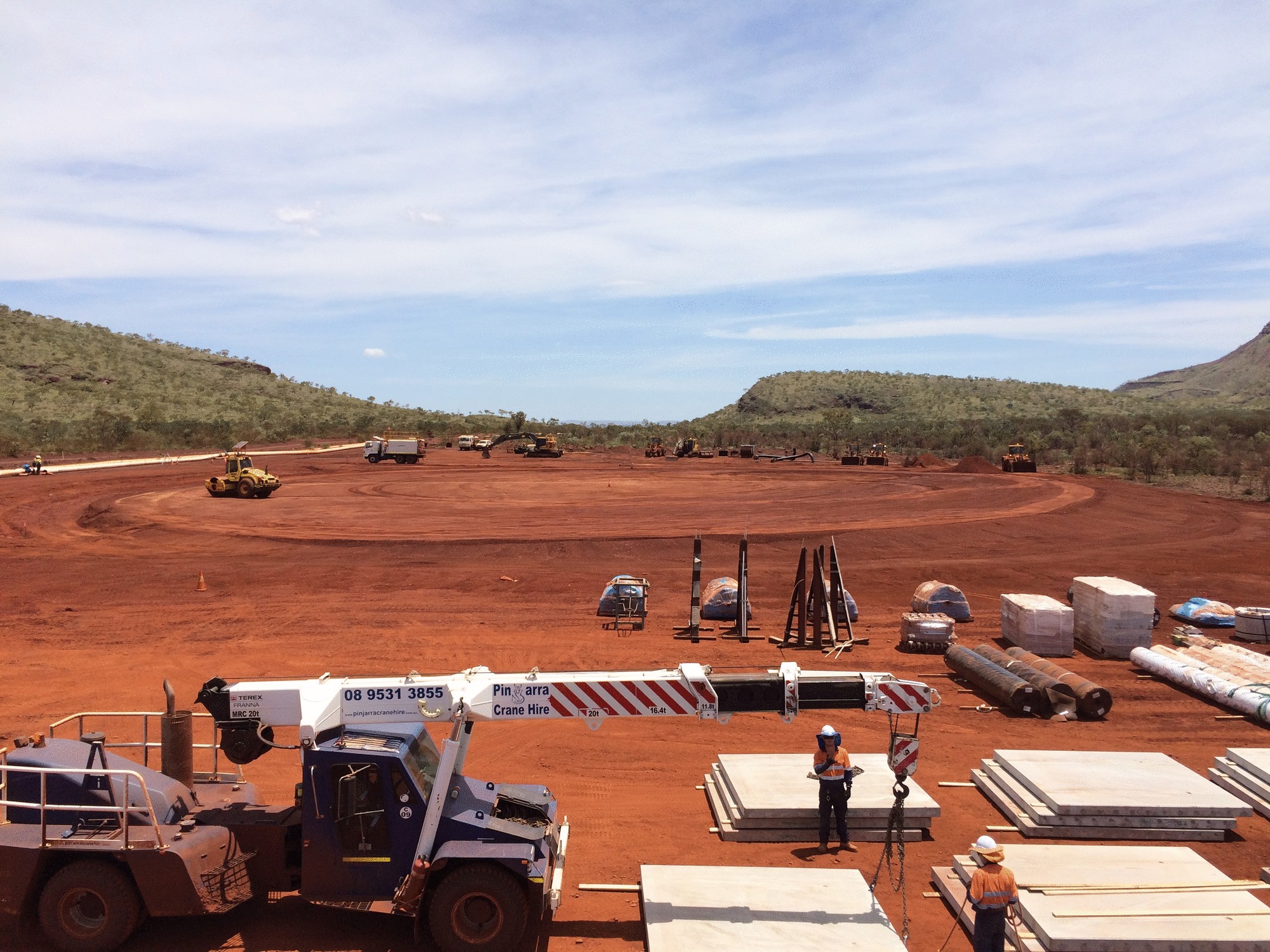 Linear Low Density Polyethylene liner being laid out with a geotextile cushioning layer: 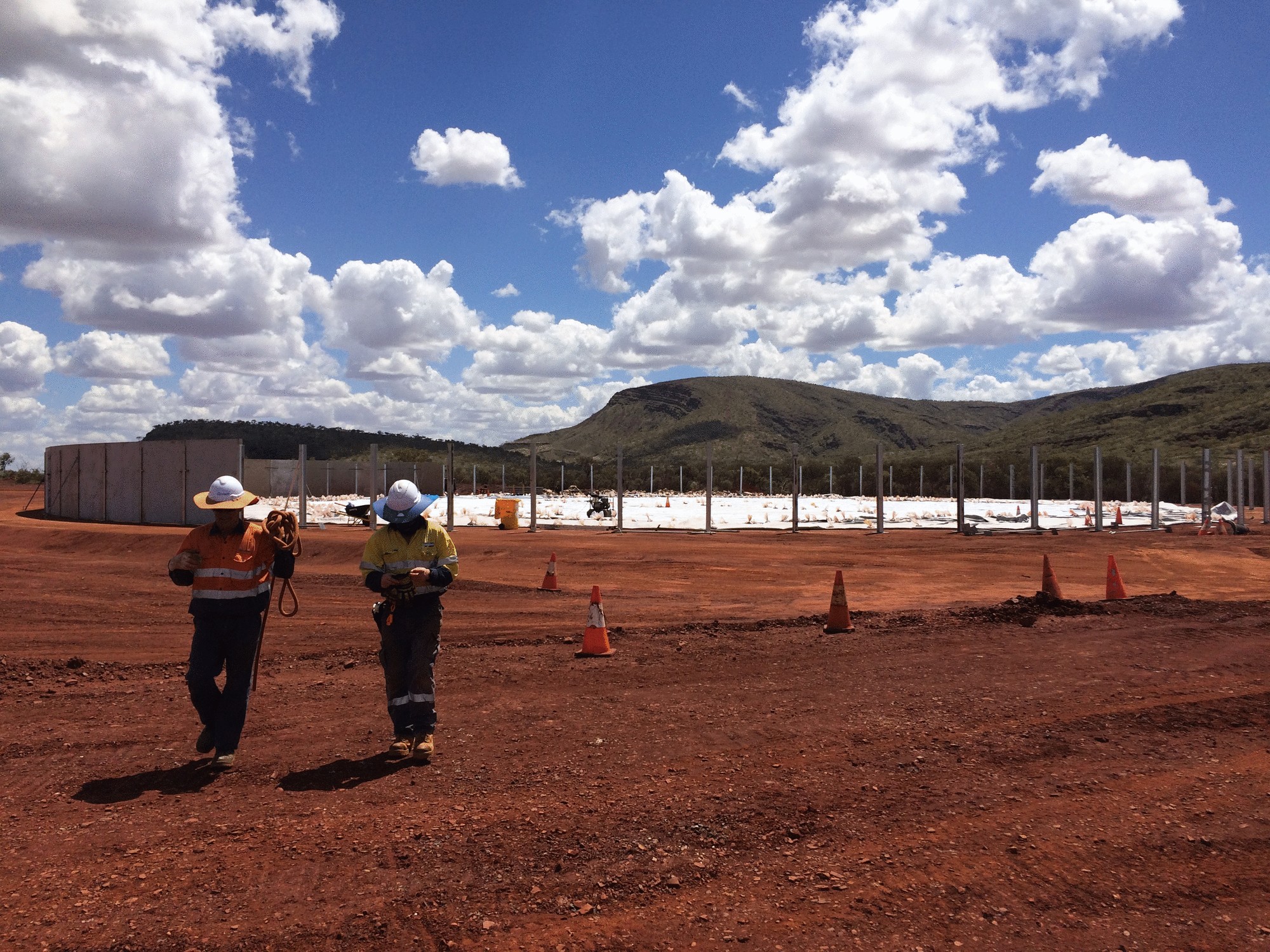 Completed Concept Tank prior to fill. 21 days after commencing construction: 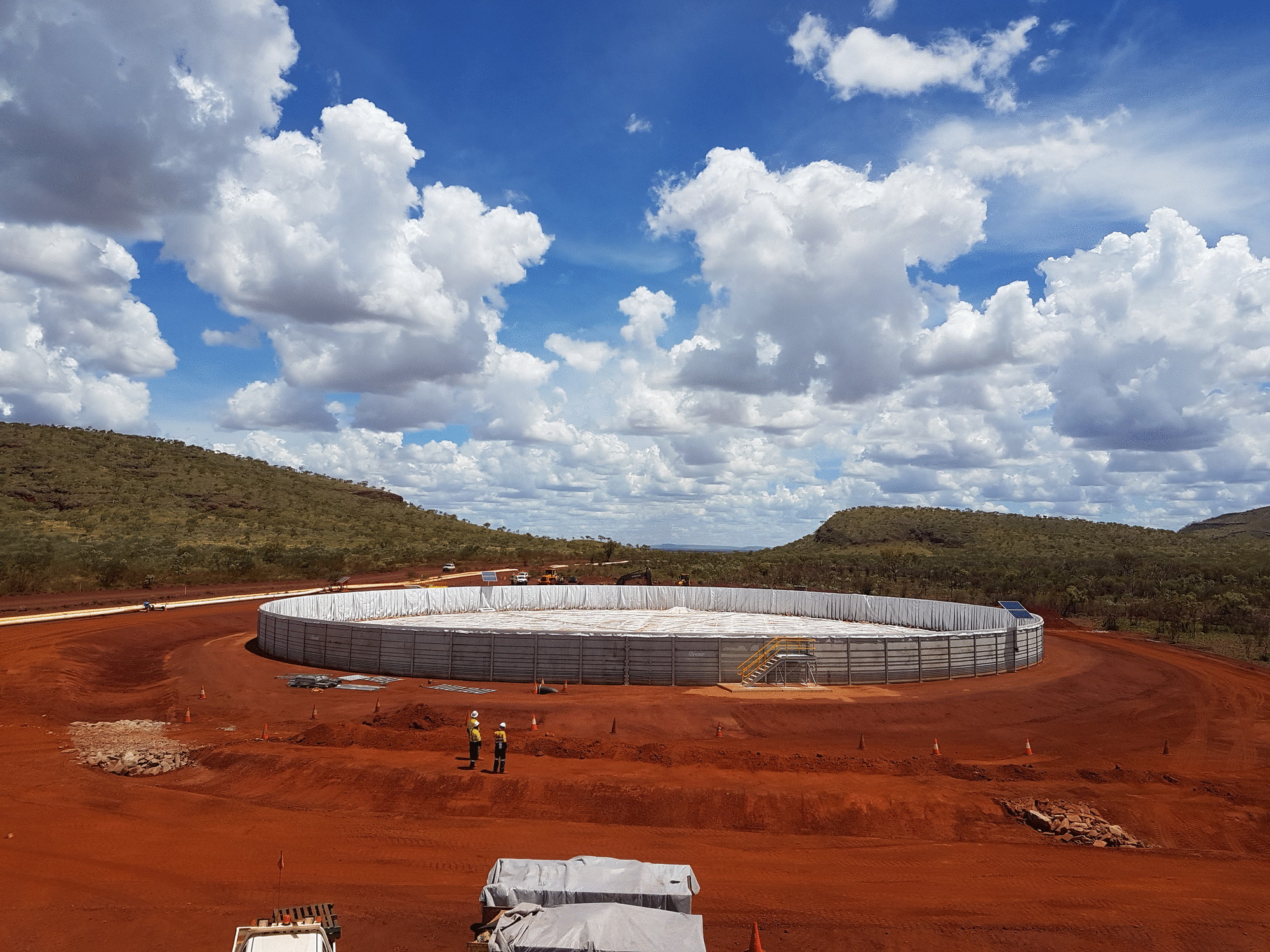